It's a comic series, it's a TV show - either way you're into it, The Walking Dead is a horror pop culture hit in a league of its own. Before the show, a zombie apocalypse story had never been told on television of this scale and intricacy. And the show's only spread more virally with each passing season.

For all you survivors out there, we've assembled a selection of t-shirts to help you hang in there. Watch out for those Walkers and Biters.

1. The Walking Dead "Beware of Biters" 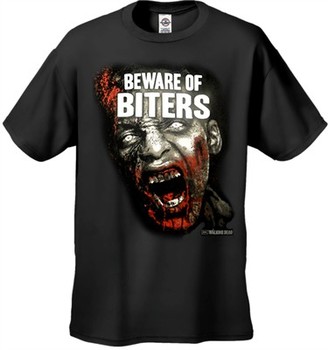 Watch out for those chomps.

The Walking Dead "Beware of Biters" 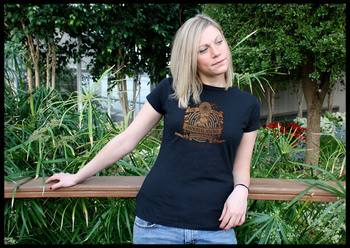 Get fit while staying alive! 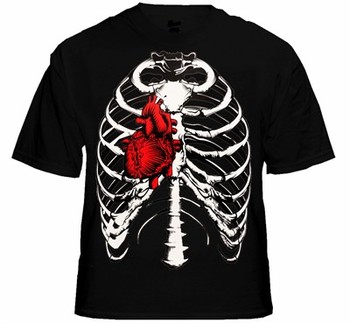 One way to look like a piece of meat.

4. AMC The Walking Dead - NO WALKERS 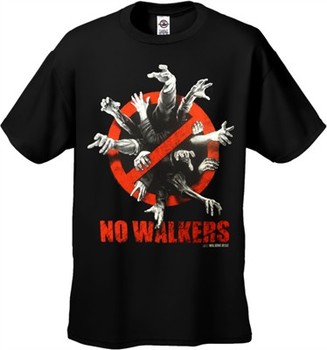 AMC The Walking Dead - NO WALKERS 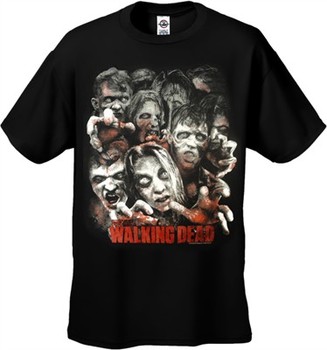 Maybe they just want to be friends? 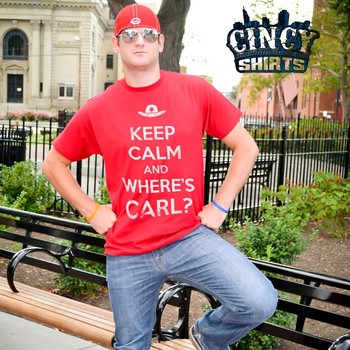 Where did that kid get to? 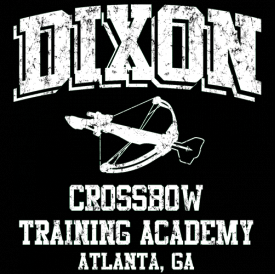 You should probably consider attending. 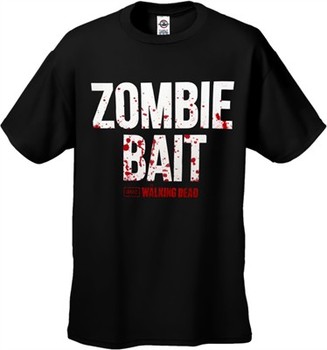 You can run, right? 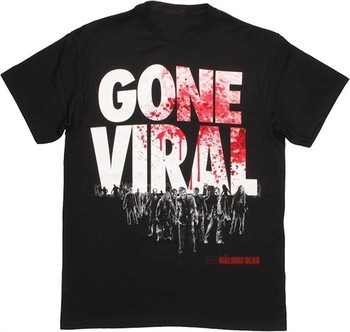 Sorry internet - none of your viral videos will ever have this kind of penetration. 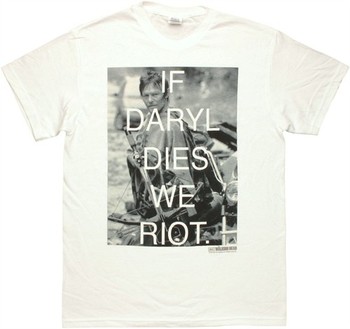 Listen to the fans. 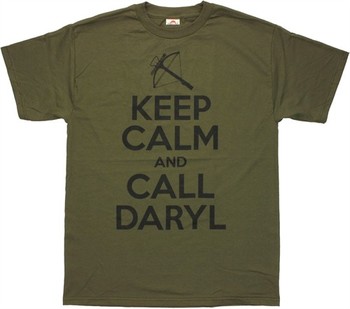 He'll know what to do.

12. The Good The Bad And The Hungry - Walking Dead 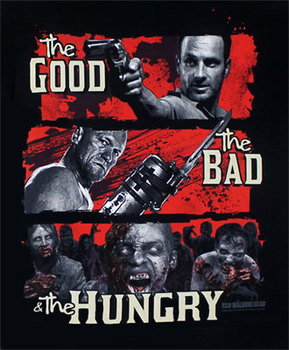 The hungry are also pretty ugly. Coincidence? We think not.

The Good The Bad And The Hungry - Walking Dead 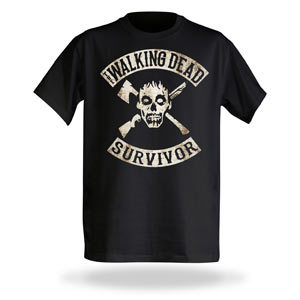 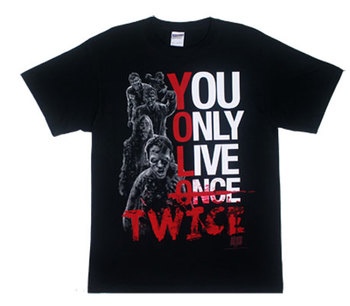 Plus side? Second time, you don't have to worry about that thinking stuff bogging you down. 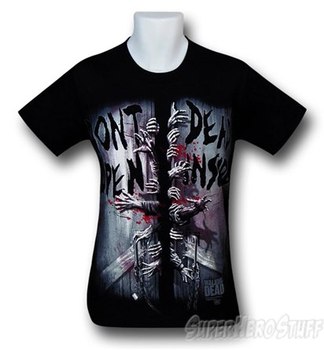 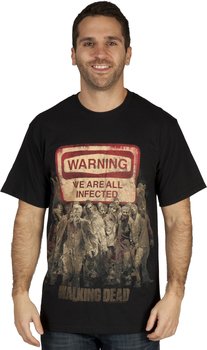 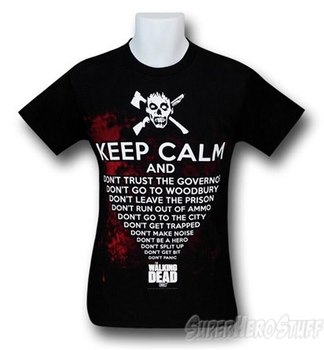 You should probably remember all these things. 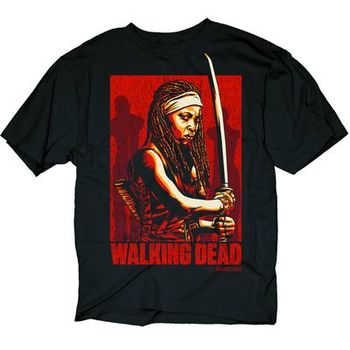 Watch out for her cutting personality. 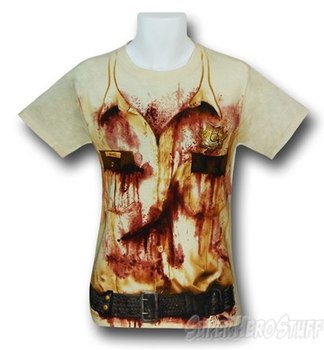 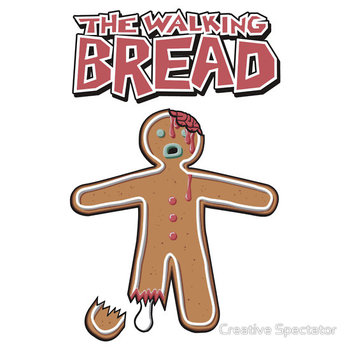 It's eat or be eaten! 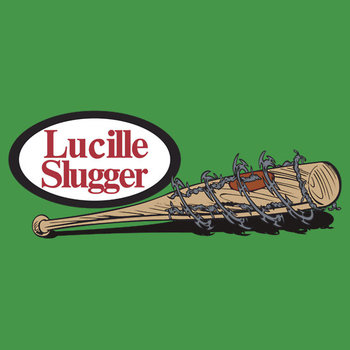 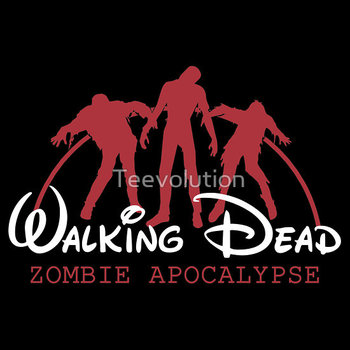 So that's what happened to Walt Disney. 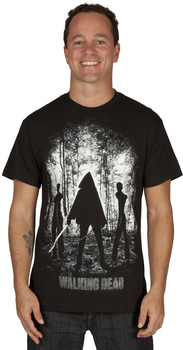 They won't be walking for long. 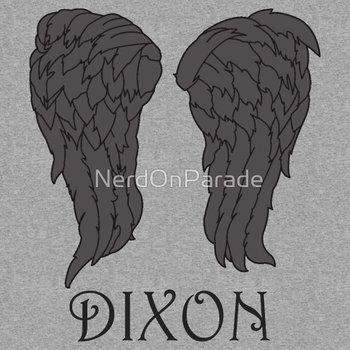 Make Daryl's jacket your t-shirt. Be a survivor. 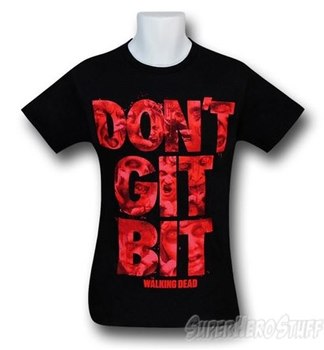 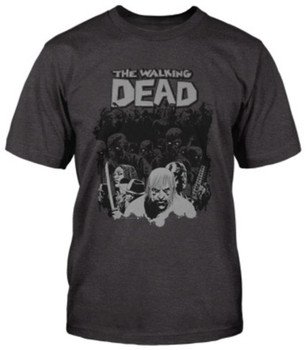 No, zombies don't come in murders - you're thinking crows. 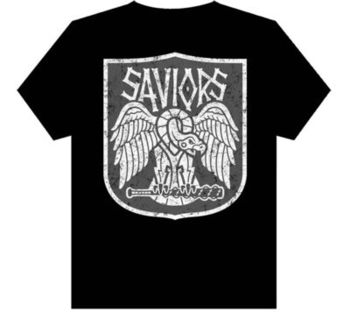 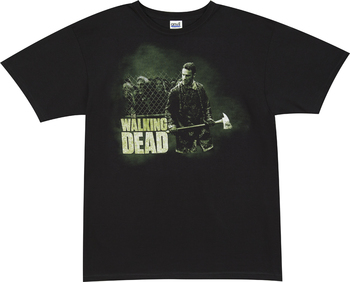 Ready to axe some questions. (And also some zombies.)